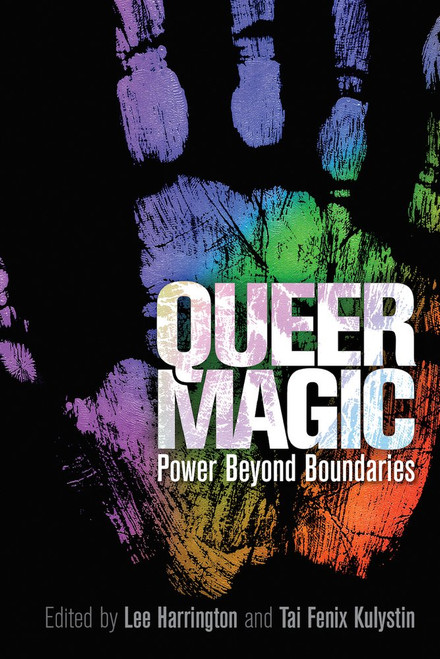 In a wide variety of pagan paths, many forms of modern magic and mystery hold an expectation that all parties are heterosexual, cisgender, and, in many cases, white. In Queer Magic: Power Beyond Boundaries, Lee Harrington and Tai Fenix Kulystin bring together a diverse and passionate collection of authors and artists who break out beyond that belief and explore how being LGBT+ is not just acceptable when exploring magic, but powerful.

Using the diverse tools of queer activism, education, and storytelling, through academic essays and first-person narratives to comics and poster-style art, this intersectional group exposes a world beyond what so many magical practitioners have presumed is "normal." The reality is that magic, whether in Wicca or Vodou, Heathenry or Polytheism, has been fueled by people and systems beyond the binary for millennia. For many within, magic and queerness are not separate, but deeply entwined pieces of identity, worldview, and culture experienced together, always.

Whether you identify as lesbian, gay, bisexual, asexual, transgender, agender, genderqueer, or some other queer orientation, or you are curious about tools to access magic beyond what is often discussed, this book is for you. Each piece is a unique and passionate chance to look into your own relationship with magic, break out of the tales of what your practice "should" look like, and expand your awareness into the queer magic as well as your own power beyond boundaries.

This kit is all you need to celebrate the Yule sabbat. This sabbat is a time of hope, when light is reborn. Each kit has been assembled with the aim to provide you the tools to start working your own...